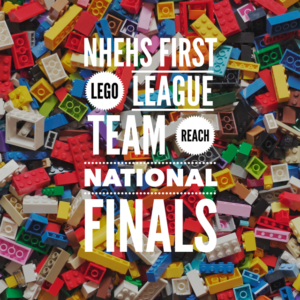 On Saturday 22nd of January, a team of ten of us, Mr Gill , Mr Futter and our mentors Abha Bole and Nina Stidham, from the LEGO Robotics Club took part in the First LEGO League Challenge at Bechtel Corporation in Park Royal.

There were five other teams taking part, from schools all over West London. After speaking to some of the engineers who work there, we started the competition with our Core Values presentation. We wore boxes and did a dance as a train – it was a fun experience! This was followed by presentations on our project (an eco-friendly delivery box) and also our robot design. In the afternoon, we took part in the robot ‘wars’. We had programmed our robot to complete certain missions, and we had 2 ½ minutes for our robot to carry out these. One of these missions, the train track mission, was particularly frustrating – the robot had to knock down part of a train track so that the train could go across, and the positioning had to be just right, or the robot would miss the train tracks. We went up against the other teams, and our best score of three rounds was the one that was counted. We were so excited when the results were announced and when we found out we had won, it was difficult to contain our delight. We will now be off the Harrogate on the 26th February, to take part in the National Finals!

Thank you so much to our amazing mentors, Abha and Nina, and to Mr Gill and Mr Futter for organising our participation in the competition.