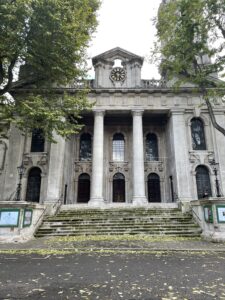 By Mr Wright, Director of Music

Last Saturday evening, tickets were completely sold out for the West London Symphony Orchestra’s anniversary concert. In its 150th year, the orchestra 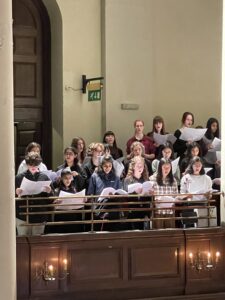 was joined in the ambient and prestigious setting of St John’s, Smith Square, by choristers from NHEHS and other schools in a magnificent performance of The Planets by Gustav Holst. An early pioneer of excellence in music education for girls, Holst was for 15 years Director of Music at St Paul’s Girls’ School, Hammersmith. During this period, he composed The Planets, an orchestral suite that describes each body within the known solar system, or rather, the Greek deity from which they take their names. An offstage soprano and alto chorus in the movement dedicated to Neptune, The Mystic brings the suite to an eerie conclusion. 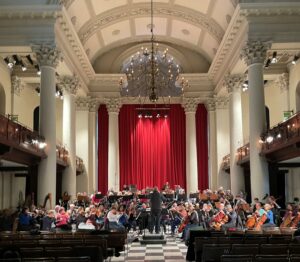 were about to bring a masterpiece to life in performance, many of them for the first time. That anticipation is, for me, the most rewarding experience in teaching music. I am very grateful to Mr Head, who prepared NHEHS’s contribution to the chorus magnificently. All of our girls thoroughly enjoyed the event as much as the capacity audience, and they represented NHEHS in one of the Capital’s premier 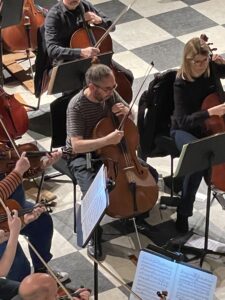 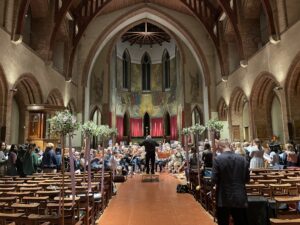 On Saturday 15th October, ten members of the Senior Choir went to St John’s, Smith Square to perform Neptune from Holst’s The Planets with the West London Sinfonia.

We had two rehearsals prior to the concert on Friday 14th and before the concert at the venue itself on the 15th. It was an amazing experience to be able to sing with such an incredible orchestra and the sound was beautiful. It was thrilling to hear so many different voices and instruments come together, although the size of both the venue and the orchestra was quite daunting. The challenging piece brought the concert to an evocative and ethereal end. The performance from the orchestra as a whole was magical.